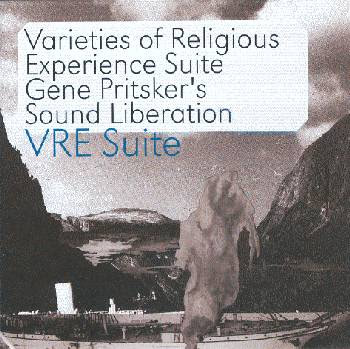 And now there's "Varieties Of Religious Experience Suite", or "the VRE Suite" as it's also called. "The VRE Suite" is performed by Sound Liberation in a not-every-day-setting: 2 electric guitars, a cello, a bass, and drums. The (instrumental) music is an eclectic mix of contemporary classical music, rock and jazz. It's both polyrhythmic and angular.
I really like the sound and the interaction of the different instruments. There's some great guitar & cello unisono lines, beautiful lyrical melodies and exciting improvisations.

"Varieties Of Religious Experience Suite" is an impressive album.

And yes, psychologist and philosopher William James (who did a series of lectures that were called "Varieties Of Religious Experiences" in 1902) is name-checked in various titles of compositions.