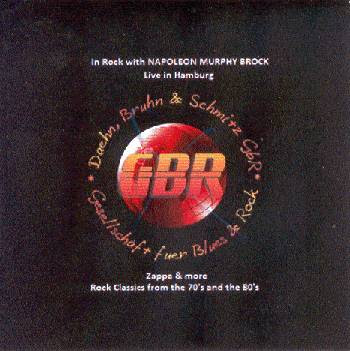 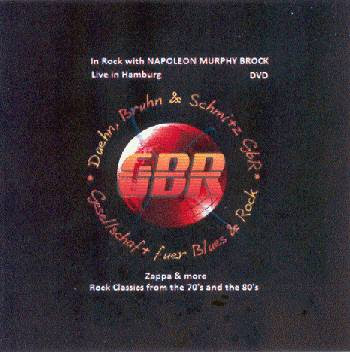 November 2010, Napoleon Murphy Brock did two concerts with Dähn, Bruhn & Schmitz GBR in Hamburg, Germany.
A promotional CD and DVD with recordings of the performances got released.

The band performed classic rock songs from the 70's and 80's, spiced up with a couple of Zappa compositions.
Napoleon was in good shape. Unfortunately, he does not sing too much on these recordings, and the vocals aren't the strongest point of Daehn, Bruhn & Schmitz.
He does play a lot of saxophone, however, and I have to say that NMB still is one of the funkiest sax players around.

As stated above, Dähn, Bruhn & Schmitz released a promotional CDR and DVDR of this concert. Both are audience recordings, so don't expect soundboard quality.
Still, very enjoyable.