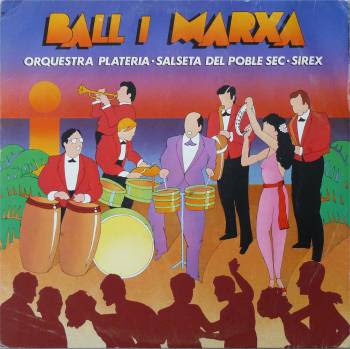 Thirty years ago, in 1980, Ariola Spain released "Ball I Marxa", an album that introduced three bands: the Orquestra Plateria, Salseta Del Poble Sec and Los Sirex.
One of the songs that got contributed by the Orquestra Plateria was their version of Zappa's 'Big Leg Emma', re-titled 'Maquinas De Addicion’.
Two years later, the same track got released on their own "Fuego" album.
Picture & data have been added to the U.M.Archives.