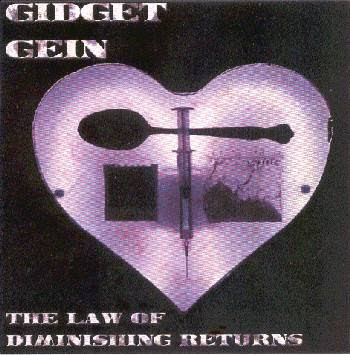 The little sticker on the CD cover says: "Gidget Gein. Artist, Author, Funeral Assistant and former bass player for Marilyn Manson", which I like as an introduction.

It even could have said "co-founder of Marilyn Manson", as the late Bradley Stewart (Gidget Gein) and Brian Warner (Marilyn Manson) started the band together.
Anyway, that's got nothing to do with "The Law Of Diminishing Returns".

"The Law Of Diminishing Returns" is a fourty-minute soundtrack to the sculpture "In Case Of Emergency Break Heart", also by Gidget Gein, and, if I'm not mistaken, depicted on the album cover.
The music / soundtrack is very dark. The repeated lines on Gidget Gein's fuzz bass plus Brian Butler's guitar soundscapes results in a lugubrious atmosphere. It fits the cover art rather well.

The liner notes add: "This is not a record, in the ordinary sense of the world. No, this is a prolongued insult, a gob of spit in the face of art, a kick in the pants to god, man, destiny, time, love, beauty... What you will..."

Here's a link to some of his artwork. It includes a piece entitled "Residents 1". Looks great.
http://www.hyaenagallery.com/gidgetgein.html 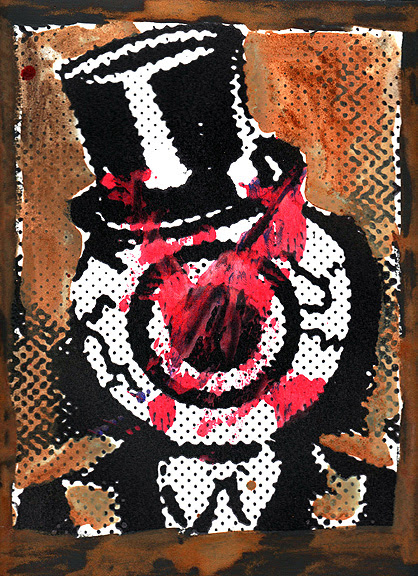