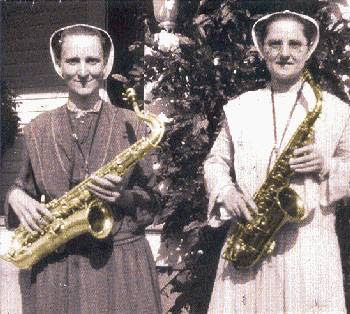 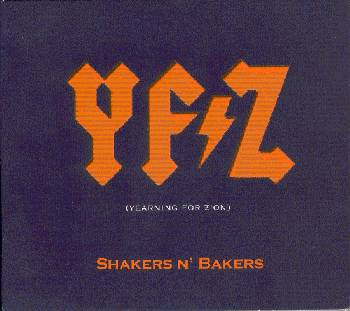 "Shakers n' Bakers" you say?
Yes, "Shakers n' Bakers". It's one of the best discoveries that I've made in a while.
When Tom LaRosa sent me some mp3 samples of Shakers n' Bakers a little while ago, I was sold immediately.
The emphasis of the songs on these albums lies in the melody. Beautiful, almost hypnotic melodies are sung, shouted or chanted, accompanied by a bit of piano and by a saxophone.
This is really great. And funny.

From the website:
"Shakers n' Bakers performs Shaker "Vision" songs. These are songs that were received in states of trance by young women of the Shaker religious community during the years 1830-50.
These songs were researched in Shaker archives and many are sung in languages of inspiration (including moon language). This music is interpreted through the lens of creative music by leading improvisors on the New York scene, and travels stylistically from free jazz to rock anthems, but always with love and respect for the sacred origins of the songs."

So this asked for a small investigation. The Shakers were some sort of religious group from a couple of hundred years ago. There's quite a bit that you can read about it on the web.
The hilarious thing about it is that they believed quite strongly in celibacy. Nothing wrong with that if you're into that sort of thing, but it did imply that the Shakers did not get any children and so their number decreased rather rapidly...

I thought it was quite a funny story. I even thought it was all bogus (I'm still not convinced that it's all true. It's just too funny.)
Anyway, Shakers n' Bakers is a group of musicians led by Jeff Lederer and Mary Larose, and they play some great music.

Check out the previews at CDBaby. You won't be dissapointed.