December 15, The Frank Zappa Quartet played a concert in Brno.
Here's a picture that was taken after the concert. It shows the band and the main group of Zappa fans of the Czech Frank Zappa Fan Club.
You might have encountered some of them at Zappanale...

Double-click for the entire shot. 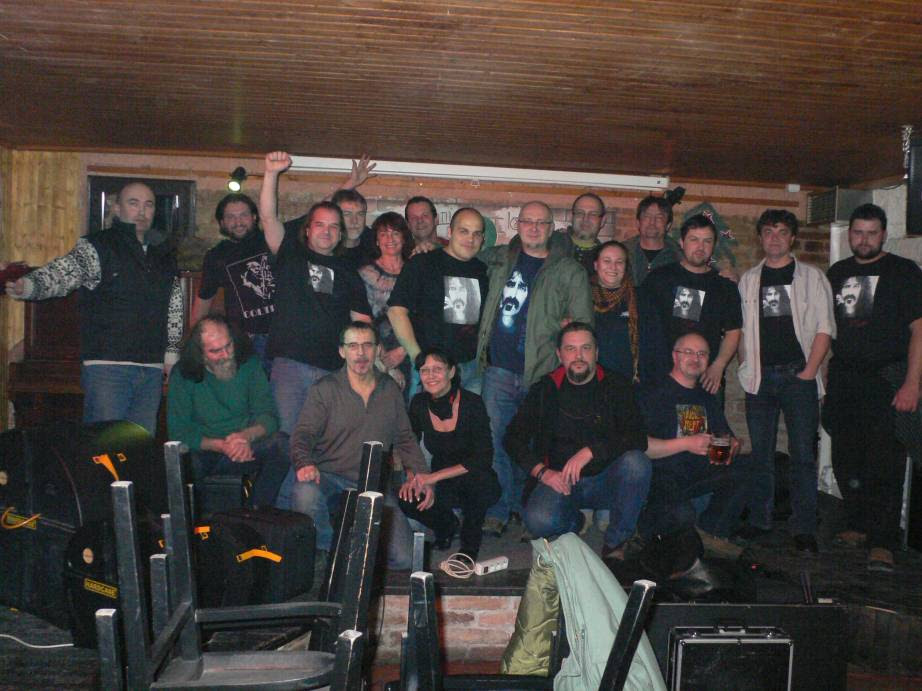