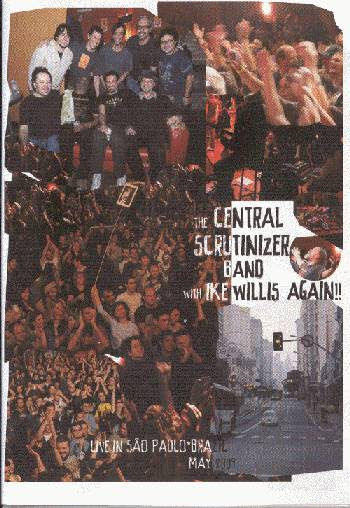 When The Central Scrutinizer Band was performing on the main stage at the latest edition of the Zappanale Festival, everyone was wondering where Ike Willis was.
The band played a fabulous set, and guests Robert Martin, Ray White and Denny Walley added some spice, but everybody was expecting Ike as he had performed with the band before.

Ike arrived when the band was leaving the stage, after the encores. The driver who had fetched him at the hotel, had gotten lost... Too bad.

However, Ike's latest visit to Sao Paulo in May 2009 did not go wrong. He performed a fabulous concert with The Central Scrutinizer Band. And it got recorded on video !!
An excellent recording of a fabulous show.

A must-see. Available from the band.