EVER MEULEN - ROCK IN STOCK

Ever Meulen has been drawing about rock and pop music for over 50 years: illustrations for magazines at home and abroad, record covers, singing stamps, cubist guitars, posters for concerts, television decors for music programmes, even life-size sculptures at the old festival field of Jazz Bilzen. His clear and recognisable style has been praised by many lovers of music and graphics. A selection of his music-related illustrations now appears in book form under the title Rock In Stock (Concertobooks Amsterdam).

The beautiful hardcover book includes a couple of references to FZ. 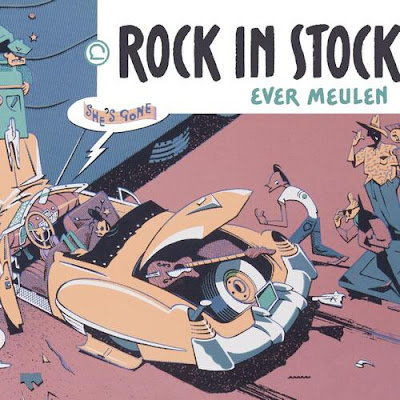 Brussels' concert hall AB will host a presentation next weekend, but one can already find the book in the shops.
https://www.visit.brussels/en/visitors/agenda/event-detail.Boekpresentatie-Ever-Meulen-Rock-In-Stock.546220 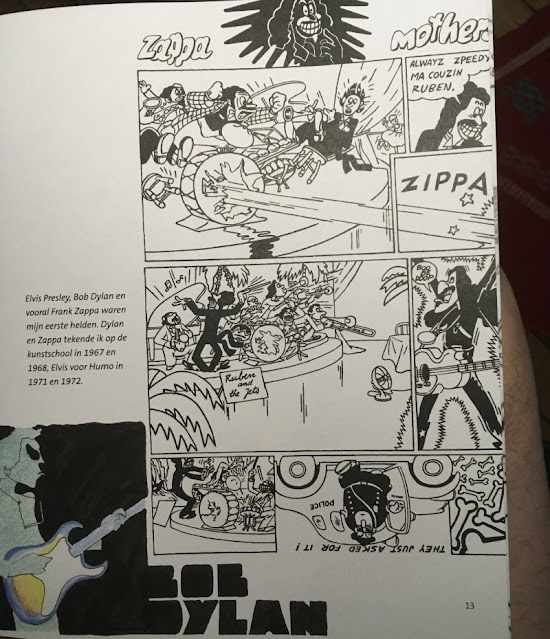 In 2003, Mike Keneally collaborated with the Metropole Orchestra.
The result(s) got released on CD as "The Universe Will Provide" and "Parallel Universe" in 2004.

Both albums have now been made available for download / streaming through Bandcamp.

I missed the concert they did in Brussels a couple of months ago, so I'm quite excited to learn that the LP / CD is in the works.
Scheduled for a February release.
PoiL Ueda.

The latest Panopticon album that got released on the Off Records label features project frontman Domenico Solazzo next to Dieter Claus (Sinister Sister !!) and Michel Delville (The Wrong Object !!) to name just two. 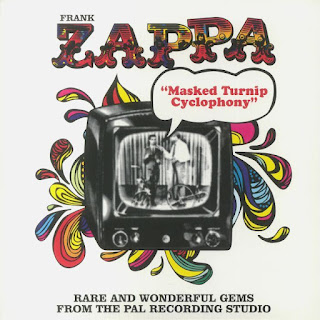 Originally released in 2015 on CD and as a 2 LP set on the Gonzo Multimedia label.

From the upcoming Zappa box set :

On December 2, 2022 Unquiet Music Ltd. release their new single, “I Succumb” - the first taste of their second album ‘Meme/Music’.

With instrumental contributions from Pat Mastelotto (King Crimson, Stick Men), Jon Poole (Cardiacs, Lifesigns, Dowling Poole) Markus Reuter (Stick Men) and Adrian Benavidès (Earthdiver), “I Succumb” is a song of despair to the life of the average Westerner. Enslaved by normality; condemned to capitulate to the injunction of love. Mind and body torn between the desires of individuality and undifferentiation.

The single announces Unquiet Music Ltd second official album “Meme/Music” on CD and download (via Bandcamp). The album is composed by JP Rossi, and produced by Markus Reuter (Stick Men, Reuter/Motzer/Grohowski, Anchor & Burden), crossing multiple boundaries between the electronic and the acoustic, between complexity and simplicity, between deep contemporary classical structures and textures and punchy art rock drive.

Unquiet Music Ltd’s 2020 debut album, “In the Name of.. (A Prayer for our Times)”, was an arresting and hypnotic mix of contemporary classical structures, urgent solo and choral voices, and electric art-rock sonority. An abstracted electronic Mass, it merged Messaien-ic detail and depth with needle-like mechanistic precision and a hallucinatory atmosphere. Two years on, “I Succumb” illustrates the next step for Unquiet Music: avant-garde pop reflections on human connection and communication, more song-based and lyrical.

The single builds on classic yet still fresh starting points (the eerie human-vs-technology accents of Berlin-era David Bowie; the twitchy psychology of Ray Davies; the flaring relentlessness of King Crimson and the industrial chants of Laibach) while retaining the teeming post-classical sophistication of previous Unquiet Music Ltd work. Packed with contemporary neuroses and dread, it sits in an uneasy bed of bass beats and electronic noises (representing the multi-levelled grid-and-network dimensions of urban living, clashing in an inhuman routine of pressure) while hammering guitars and gut-wrenching solos surround heartbreaking melodic choruses.

In complete contrast, companion track “Love Of A Dog” is a different kind of vulnerable. Absolutely exposed, unafraid of sentiment, and peculiar (in a good way), it’s a childlike tribute to animal friendship webbed up in organ, unexpected choir and Jon Poole’s tender fretless bass. Another reflection on connection, another example of the shifting Unquiet Music perspective.

The "Music From The 23rd Century" compilation album presents 34 songs.

Announcing ZZAJ: Jazz from the 23rd Century, a Collection of New Jazz, Fusion, Rock, Pop, and Experimental Music that Explores the Questions: What is Jazz and where is it going? ZZAJ: Jazz from the 23rd Century, is a thrilling new collection of music featuring 34 new songs – all previously unreleased – from artists from all over the world. The brainchild of producers/multi-instrumentalists Jerry King and Dave Newhouse, ZZAJ asked musicians to interpret jazz from various conceptual viewpoints, particularly avoiding traditional jazz sounds.