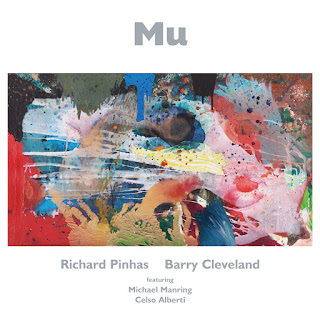 When two renowned guitar players team up, you just know that you have to pay attention.
The result of the collaboration between Richard Pinhas and Barry Cleveland is entitled "Mu" and it has just been released on the Cuneiform Records label.

Together with electric bass player Michael Manring and drummer Celso Alberti, the quartet has produced four beautiful pieces that could be described as soundscapes, infused with ambient, electronic and world music elements.