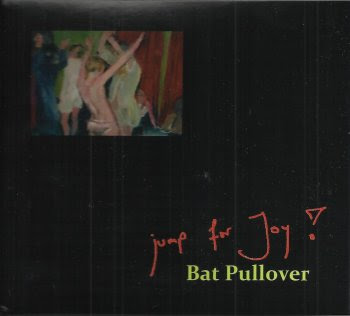 June 2014, Daevid Allen, Yumi Hara and Chris Cutler were booked to play at Jean-Hervé Péron's Avantgarde Festival in Schiphorst in 2014. Unfortunately, last minute, Daevid Allen was unable to make it.
Since most of Jean-Hervé's band (Faust, including Geoff Leigh) were all coming to the festival but not playing, Jean-Hervé Péron suggested they should all team up to headline the festival.
The result was called Jump For Joy! and featured Werner 'Zappi' Diermaier and Chris Cutler on drums, Geraldine Swayne on keyboards and voice, Yumi Hara on piano, synth and voice,,  Geof Leigh on flute, sax, electronics and voice, and Jean-Hervé Péron on bass, trumpet and voice.

Elena Wolay was in the audience and asked the band to perform in Göthenburg at the Jazz Ät Farligt (Jazz Is Dangerous) festival the next year. "Bat Pullover" presents parts of this Göthenburg performance.

Out on Bonobo's Ark Records on both CD and LP.
Distributed by ReR and by Diskunion (Japan)

More recently, the band performed at the 2016 ROI festival.
Here's a snippet from the 2014 performance.