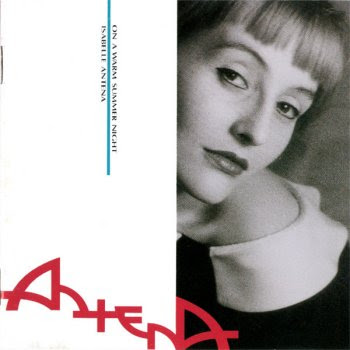 In 1987 Isabelle Antena released her "Tous Mes Caprices" album. It combined pop/jazz vocals with a bit of a bossa feel and included an excellent version of Frank Zappa's 'Village Of The Sun'.

Less than one year after "Tous Mes Caprices", the album got re-released in Japan as "On A Warm Summer Night". Different order of the songs, minus one track, plus another. The Zappa track was still present.
In 2006, the album got a re-release in Japan, with 5 live bonus tracks. No Zappa among these bonus tracks, however.

Here's Isabelle Antena with her excellent rendition of 'Village Of The Sun'.