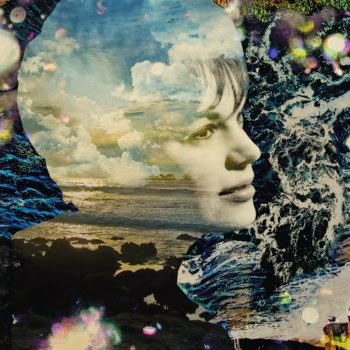 Known for his São Paulo Underground project, and for his recent collaboration with Pharoah Sanders, Chicago-based cornet player and composer Rob Mazurek is one of the big names in the international improvised jazz scene.

On his brand-new "Return The Tides" album, Rob Mazurek presents four long pieces, each one about 15 to 20 minutes long, in which he pays tribute to his mother who passed two weeks before the recording of this album.
The result is a soundscape with a deep spiritual vibe.

"I have always thought of the idea of passing as a beautiful thing, in which the soul or life force of the individual is somehow transferred to the immensity and brilliance of the entirety. The idea of Heaven and Hell (and everything inbetween) has always been a hallmark within the limited spectrum of what we humans can come up with and the idea of God or Gods has, for some, been an interesting way of putting a life and circumstances into some kind of mysterious belief system that can at times be fed off of and at times be fed to."
-- Rob Mazurek, except from "Return The Tides"