GROUNDED - A CLEAR ROAD TO EVERYWHERE 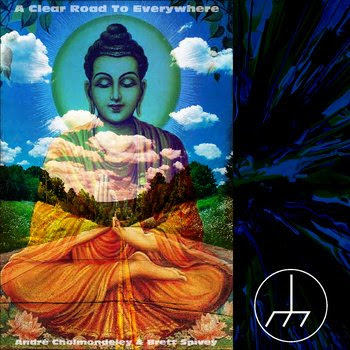 Based in Asheville NC, Grounded is André Cholmondeley (guitar) and Brett Spivey (bass). They both use looping, synths, samplers and the like. Usually a duo, they also play live as a trio with drummer James Wilson, or collaborate in mash-ups with groups like Balloon Animal Farm. Their focus is instrumental, experimental music ranging from ambient to full on noise and chaos.

"A Clear Road To Everywhere" is a download-only album. It got released in June 2012.
You might know André Cholmondeley as the guitar player in Project/Object, the Zappa tribute band. Brett Spivey has released a couple of Residents' tributes.