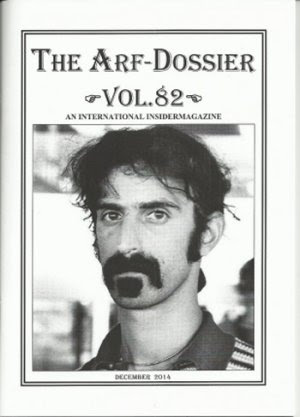 The 82nd issue of The Arf Dossier got released a couple of weeks ago.
Lots of news and reviews (and pictures) !

Apparantly, there's a new "Zappa Spielt Für Bach" release, with the recording of the latest concert that took place at the St.Katharinenkirche.
And the Z3 "Zappanale 24" album that got released by Muffin Record Productions is out on CD, where I thought that it would be a download-only release.