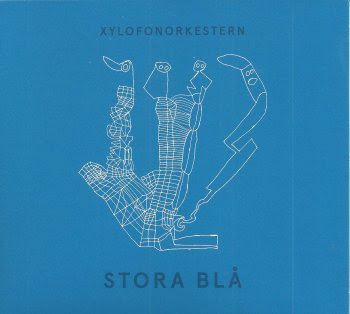 The residents Stora Bla Kultur day centre all need support in their everyday life as most of them suffer from intellectual disabilities.

In the booklet, Christer explains how he started with co-ordination excercises like clapping and stepping forwards and backwards, eventually bringing in xylophones and working on polyrhythmic figures.

In the end, the Stora Blå residents were able to play different pieces and to perform these in concert.
In fact, they even recorded an album!

I really like the result. I've always been a fan of the xylophone, let alone a xylphone orchestra.
Christer Bothén's compositions have a very nice flow, emphazing peace and tranquility.

Out on the Country & Eastern label.
http://www.countryandeastern.se/