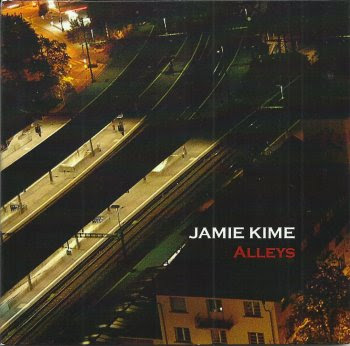 Jamie Kime performed and recorded with Dweezil Zappa's Zappa Plays Zappa project from 2006 until 2012. More recently, he did a European tour with The Banned From Utopia. Everybody who has seen Jamie in concert will agree with me that he's a superb guitar player.
Earlier this year, Jamie Kime recorded his very first solo album: "Alleys". This time, he's showing that he's a fine composer as well.
For "Allyes", Jamie gathered a fine bunch of collegues. There's Mike Keneally (as co-writer and co-producer), but also former ZpZ's Pete Griffin and Billy Hulting.