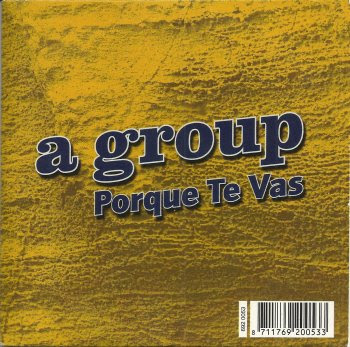 A Group was Peter Vermeersch, Pierre Vervloesem, Thierry Mondelaers, Anne Fontigny and Didier Fontaine.
The band existed for about three years (1998 - 2000) and released two albums.
Chronologically, A Group should be placed between X-Legged Sally and Flat Earth Society.

Pooring data into the United Mutations Archives, I added "Porque Te Vas", a CDsingle from A Group from 2000.