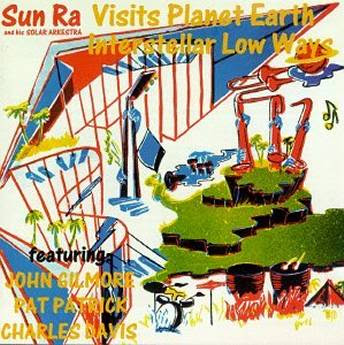 In an attempt to add some more data to the Sun Ra discography, over at the UM Files, I'd like to present you "Visits Planet Earth / Interstellar Low Ways".
The beautiful package actually is a re-release of two early Sun Ra albums. Both were released on Sun Ra's Saturn label. The first one from 1966, the second one from 1967.

The recordings on this disc are from concerts that took place in Chicago about 50 (!!) years ago. Sun Ra had already written some classic tunes (Saturn, Planet Earth, Interplanetary Music, ...) and the Arkestra sounds great.
This is the classic 50s big band, but with the extra Sun Ra touch.
Classic Sun Ra big band stuff.
Conventional, yet full of suprises.

An essential set in the Sun Ra discography.