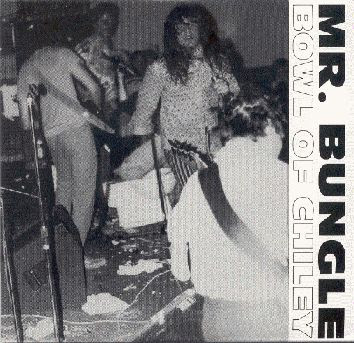 In my opinion a website that wants to talk about Zappa, Beefheart, Sun Ra and such, should also mention Mr.Bungle.
Mr.Bungle played rock / avant-garde / metal mixed with a variety of other musical styles and released three full-length studio albums between 1991 and 1999.
However, the band's discography counts four albums.

In 1997, Rastacore Records released "Bowl Of Chiley", one of the band's demo tapes with recordings from 1987.
Mr.Bungle wasn't too happy with this and made Rastacore pull the record out of the shelves.

I think "Bowl Of Chiley" is a nice album, even if it's just for the historical value.
It has been added to the UM Files.