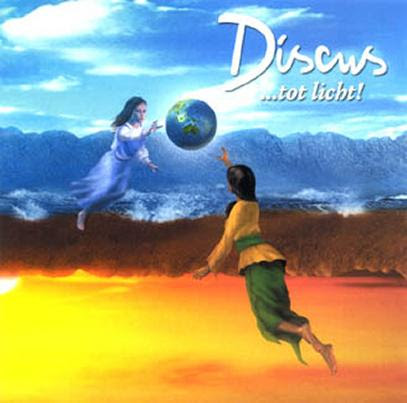 The second Discus album is entitled "...Tot Licht !" and got released in 2003.
Compared with "1st", "... Tot Licht" shows a band that has evolved, that has matured.
All the influences and all the different musical styles are still present, but they're mixed / incorporated in a better way.

I was told that the album has been out of print for a while already, but you should try to find it. It's an impressive album.