An historical CD will be released in December 2009 entitled “This is What Frank Zappa Heard - Just in Case You Were Wondering - Live at the Red Noodle in Waikiki, Hawaii”.

On August 8th, 1973, Frank Zappa was alerted by his road manager, Marty Perellis, that an incredible band with an extraordinary lead singer was performing downtown to a standing room only audience … and that it might be wise that he come and see this for himself.

When Zappa went to the club and watched the show, he saw a young talent sing, dance, play sax, flute and keyboards, in a manner that clearly made it appear that he was having more fun than even the other patrons in the club.

After two hours of observing and listening to this young man and his very disciplined band of musicians, he introduced himself as Frank Zappa, and the young man introduced himself as Napoleon Murphy Brock. The next words out of Zappa’s mouth were, “You are my new lead vocalist.” (Check napoleonmbrock.com – INTERVIEWS - for more details of these conversations.)

The rest is history, as these releases attest to: 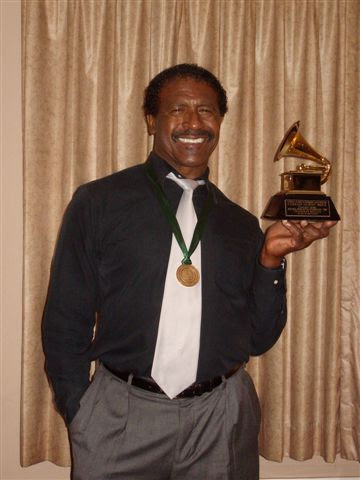 PLEASE SEND NO MONEY: This is a form for pre-ordering this historic CD. IF YOU PRE-ORDER, THERE WILL BE NO SHIPPING CHARGE. (The CD will be autographed upon request.)

This was taped on TEAC 4 Track Reel to Reel on August 8th, 1973 and will be released in December 2009. This CD performance has been digitally enhanced will put you at the next table to where Frank was sitting, and you will experience what Frank Zappa experienced and what later was described as “the audition of a lifetime”.

Just fill out the form below, and mail - or e-mail it - to the following address: nmubrock@pacbell.net or napoleonmbrock.com