SUN RA AND HIS ARKESTRA - MUSIC FROM TOMORROW'S WORLD 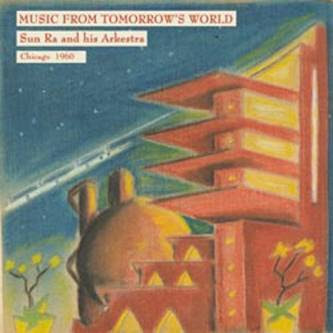 In 2002, the Atavistic label released portions of two Sun Ra concerts on CD in their "Unheard Music" series.

The concerts were from 1960 and feature Sun Ra and his Arkestra in concert in Chicago.
The first 7 tracks are taken from a 'Wonder Inn' concert and includes standards such as ' 'S Wonderful', 'It Ain't Necessarily So' and 'How High The Moon'.
Great arrangements & great solos all over.

Tracks 8 to 17 are from another venue and include 'Majestic 1' up to 'Majestic 4', a new set of compositions. The sound quality isn't too good, but it's great to hear these fine compositions.

"Music From Tomorrow's World" is an impressive record, intended for the Sun Ra freaks.