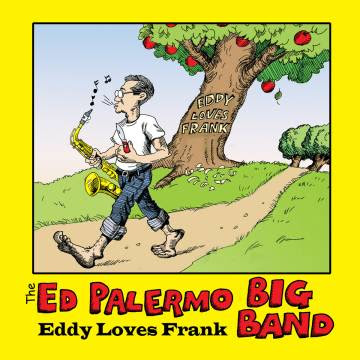 "Eddy Loves Frank" is Ed Palermo's fifth album, and it's his third album on which he performes the music of Frank Zappa.
Have you heard his previous albums?
Well, this one's even better.

A great choice of tunes, superb arrangements and excellent perfomances.
This is big band zappa music like you've never heard before.

The six plus minutes of 'Night School' are so good... It's like listening to the original track from "Jazz From Hell" with the big band adding accents, big band lines, and with Ed Palermo playing a great solo over the intro. Fabulous. Big Band From Hell.

Or what about the almost ten minutes of 'Echidna's Arf (Of You)'. Another excellent and very rich arrangement, highlighting the various melodies and riffs in this beautiful composition.

You get the picture. This is top.
"Eddy Loves Frank" is one of the best albums I've heard this year !