ACID MOTHERS TEMPLE - ARE WE EXPERIMENTAL? 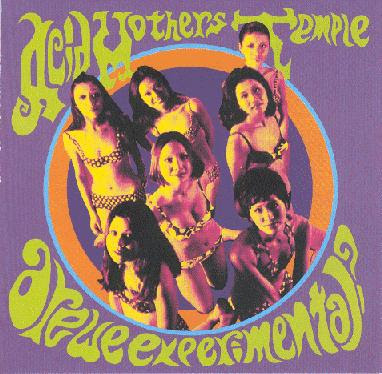 The output of Kawabata Makoto and the Acid Mothers Temple is enormous. I don't have a clue as to how many albums the die-hard Acid Mothers fan owns, but it must be a lot.

"Are We Experimental?" got released on the Prophase Music label only a couple of months ago.
The album presents eleven rather short tracks on which the AMT quartet explores the boundaries of psychedelic and experimental music.

I really like this.
With the Acid Mothers Temple, you know what to expect.
Contrary to other AMT albums the compositions are kept rather short, which makes them way more powerful.
I still think that it's a pity that Kawabata Makoto doesn't add more Hendrix and Zappa in his playing. The influences and references are there. I just wish he would add more of a rock element into his playing.

As I said, I really like this.
"Are We Experimental?" is an excellent addition to the Acid Mothers discography.
If you never heard of the AMT, this might be a good place to start.