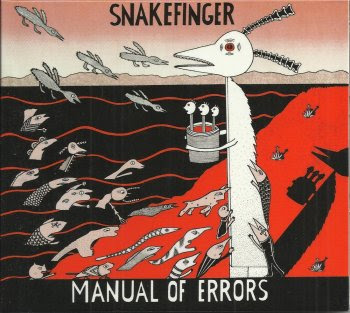 Snakefinger's third solo release (from 1982!) with a couple of tracks that were co-written by The Residents. It was produced by Eric Drew Feldman, who also plays keyboard and synthesizer.
Add to that the superb artwork of Mark Beyer and you have an album that has it all.

Re-released by Klanggalerie with a number of live bonus tracks from the 1981 Melbourne concert.