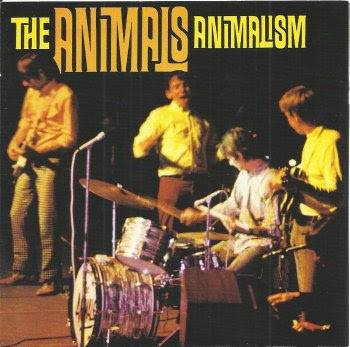 MGM released "Animalism" by The Animals in 1966. The album got produced by Tom Wilson who had brought along Frank Zappa to arrange two songs on the album.

The full story is that The Animals didn't really record these tracks. They got recorded by L.A. studio musicians (with Carol Kay, a.o.).
Frank played guitar on 'All Night Long" and bass on 'The Other Side Of This Life'.
Read all about it in the Hit Parader article from 1967 :
http://afka.net/Articles/1967-07_Hit_Parader.htm

The LP got released on CD in 2006 but has also been re-released two times with a number of bonus tracks.
In 1995 as "Animalism & Bonus Hits", and in 2014 on the above pictures "Animalism" with 11 bonus tracks. No FZ involvement on the bonus tracks, however.