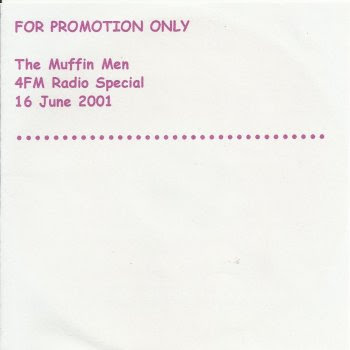 Next to their official discography, The Muffin Men released a small number of promotional albums. One of these promo-CDRs captures the 4FM Radio Special they did with Co de Kloet on June 16, 2001.
Next to some fine interpretations of a quite a bunch of Frank Zappa compositions, there's also interviews with Roddie Gilliard, Jimmy Carl Black (who was touring with The Muffin Men at the time) and with Ian Gardiner.

Data has been added to the United Mutations Archives.
Fun !