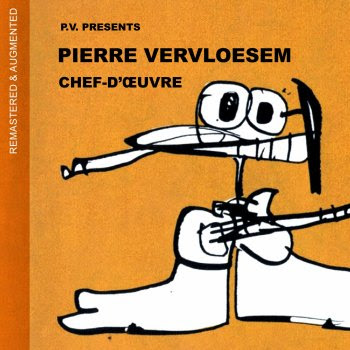 Pierre Vervloesem's "Chef-d'Oeuvre" got released in 1999 on the Viakra label. It was Pierre's third solo album.
On "Chef-d'Oeuvre", Pierre pushed the boundaries a bit further: haunting polyrhythms, strange melodies wrapped in contemporary sounds and instruments. Beautiful.

The original CD has been out-of-print for quite some years but there's a remastered, upgraded and augmented version available on iTunes that even includes three bonus tracks.

All original compositions, except for the Stevie Wonder coverversion (with Philippe Tasquin on vocals).
Essential listening.