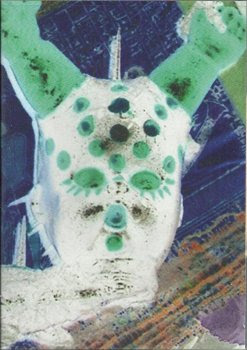 Mandatory for Residents freaks.
It sounds great.
With Nolan Cook (The Residents) on the guitar.

For more info, go to Psychofon Records, where you can also listen to some sound samples.
https://www.psychofonrecords.com/product/ostrich-von-nipple-qualifies-absurdity/