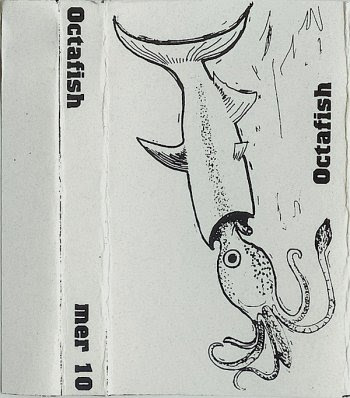 In one of my previous posts, I mentioned Eric 'Shaggy' Cullen's "Anthology" album. It included Eric and Glen Murell re-acting the Frank Zappa / Jimmy Carl Black dialogue from 'If We'd All Been Living In California', with music from Eric Cullen.
As it goes with anthologies, most (if not all) the material that gets released on an anthology is picked from previous releases. The same thing applied to "Anthology" where all the stuff (minus one piece) came from albums that Eric Cullen had released on the Neptunes and on the Mermaid label.

Initially, the recording of 'If We'd All...' had been released on a cassette in 1994.
So, no, the Octafish that we're taking about is not the German progressive rock / jazz ensemble but it's one of Eric Cullen's bands.