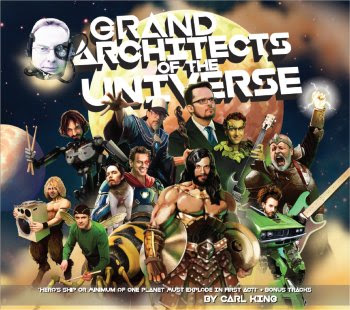 Carl King has just released his "Grand Architects Of The Universe" album.
The download that is. The actual CD-release should follow soon.

As Carl King states on his website :
Here it is! Carl King's first album in nearly a decade -- a fresh return to obscurity!
70 minutes of sci-fi orchestral rock and drum solos...