THE RESIDENTS - THE GHOST OF HOPE 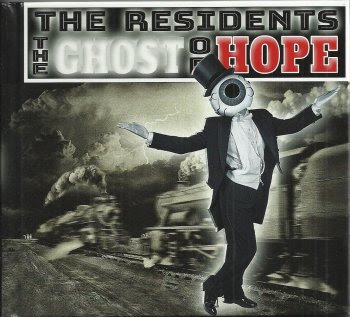 Yes !  A brand-new Residents album.
"The Ghost Of Hope" is about major train accidents at the end of the 19th century.
As explained in the liner notes : Technology was progressing faster than society could regulate or control it.

The Residents are asking us : "Have we learned from the past or are we doomed to repeat our mistakes on an even grander scale?'

Various editions exist. I went for the deluxe CD edition (CD housed in a cardboard book).