The Zappa Plays Zappa band has about one week of touring left.
Denmark, Sweden and Norway.

I saw the band in Antwerp last week and I have to say that it was one of the best concerts that I have seen this year. A great setlist, starting off with the complete One Size Fits All album and continuing with a superb selection of familiar tunes. I loved it. 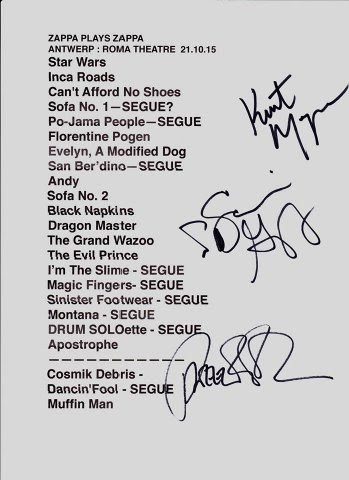 True, Dweezil might not have the charisma that a frontman of a rock band needs, but he did bring a great band along. Great playing. Fun for all.

The set opened with the Star Wars theme. Goosebumps !! They continued with the complete OSFA album, followed by an excellent 'Black Napkins' and the Frank / Dweezil collaboration 'Dragon Master'. Fun.
Highlight was 'The Grand Wazoo', including an improv featuring the fabulous Scheila Gonzales and some hilarious audience participation moments.  'Sinister Footwear' and 'Montana' were other top moments. Did I already tell you that I loved it? 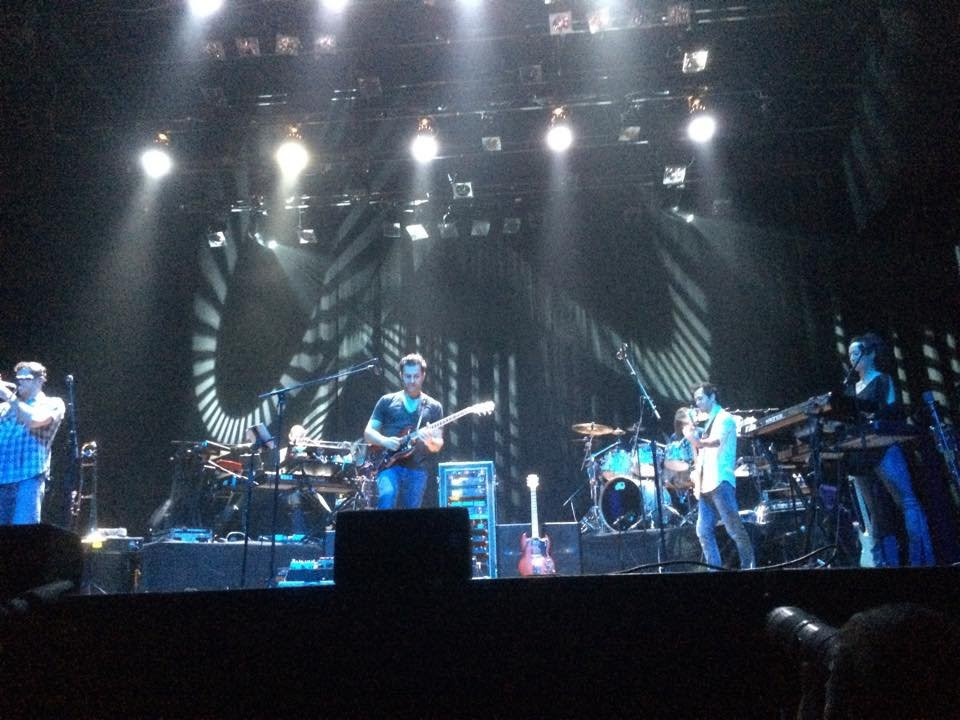