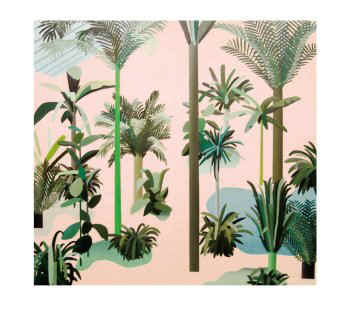 Bambi Pang Pang (does this sound like a chinese dish to you as well?) is Seppe Gebruers (piano), Laurens Smet (bass) and Viktor Perdieus (saxophones). You might know their names as the three of them are part of Ifa Y Xango.
August 2013, at the Jazz Middelheim festival, the trio teamed up with Andrew Cyrille, drummer for Cecil Taylor from 1964 until 1975. (Not to mention that Andrew also worked with John Coltrane and with Sun Ra, to name two.)
The fascinating Jazz Middelheim concert of Bambi Pang Pang with the 75-year old Andrew Cyrille can be heard on the band's Soundcloud page.
https://soundcloud.com/bambipangpang

As the collaboration was a success, plans were made for an album.
And that's where the El Negocito Records label joined in.

"Drop Your Plans" is an impressive album.
Intimate and melodic.
Parts composed and other parts completely improvised.