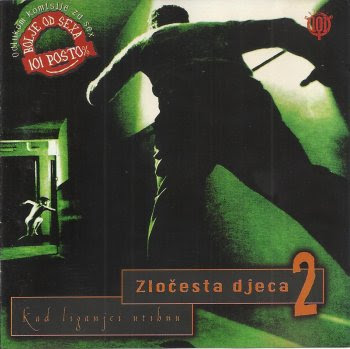 The never-ending search for bands that perform Frank Zappa's music took me to Croatia (figuratively speaking).
Zlocesta Djeca is comedy group from Croatia who, if my memory serves me right, also have a radio show.
Their second album presents a mixture of sketches of hyperkinetic voices that have been sniffing too much helium and songs that  have been given new lyrics. All in Croatian.
"Kad Liganjci Utihnu" includes songs by Bob Marley, Sting, Alice Cooper, The Traveling Wilburies and... Frank Zappa !!
The Zappa song that got re-worked is the superb 'Dong Work For Yuda'.