GLOOP NOX AND THE STIK PEOPLE - CONTINUING WHERE THE BEATLES LEFT OFF... 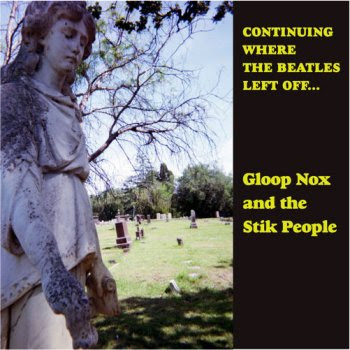 In 1973, while attending Lawrenceville School, John Trubee joined Jim Nevius' Gloop Nox & The Stik People. The band existed only for a couple of years. Early 2011, John Trubee and Jim Nevius decided to reform the band to record the songs that they had written all those years ago. Just for fun. The recordings got released as "Continuing Where The Beatles Left Off..." earlier this year.

The album got released on plain old vinyl by John Trubee and presents 9 tracks. 5 were written by John Trubee, the other 4 by Jim Nevius.

I enjoyed listening to "Continuing Where The Beatles Left Off...". The songs do sound as they were written in the 70's, obvious psychedelic influences included, but they also carry the distinct Trubee stamp.
Nice. Very nice.
Recommended listening!