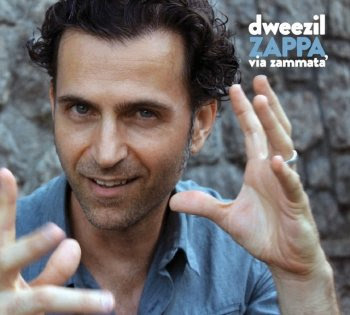 During a recent Zappa Plays Zappa gig, Dweezil Zappa said that his album would be out in about six weeks. That's good news, assuming that it means that it will be released on an actual record label.

Fundraisers for "Via Zammata' " have already received their copies and these do indeed not mention a record label.
Anyway, I received my copy a couple of weeks ago. Shortly after the regular album download, and almost together with the bonus "demos" download.
This means that I'm finally able to read who participated in the making of this album as the download did not include an info file.
(Almost all albums that one downloads don't have an info file. I know. I just don't understand why...)

"Via Zammata' " is a fine album: zappa-esque tracks, pop songs, world music influences, and 'Dragonmaster, the lyrics of which were written by dad Frank. A nice mixture.