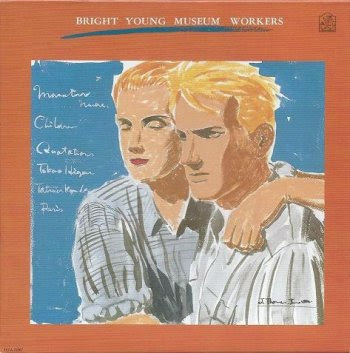 My research for musicians that perform the music of Frank Zappa recently pointed me in the direction of "Bright Young Museum Workers", a compilation album that was issued by the Tokuma Japan Communications record label in 2005.
The album presents 16 tracks and track number 14 is a band performing Frank Zappa's 'Call Any Vegetable'. It sounds OK. Actually, the whole album sounds OK. It's just that I can't figure out the names of the participating bands and / or the pieces that they perform as almost all of the text is in Japanese.
Too bad as I'd love to learn more about this project.

Album cover and bits and pieces of data have been added to the Others Of Invention over at the United Mutations Archives.