OVER THE EDGE * * THEY S(H)AVED ZAPPA'S MOUSTACHE 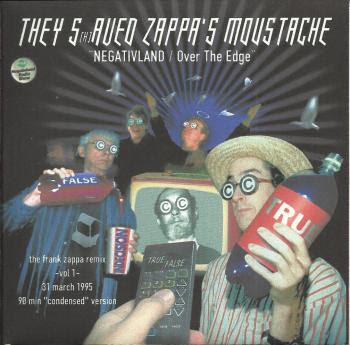 Negativeland (Mark Hosler, Chris Grigg, Don Joyce, David Wills and Richard Lyons) is / was a band, but they also produced a live radio show "Over The Edge" for KPFA-FM radio in Berkeley.

One of these shows, broadcast on march 31, 1995, was a 5 hour Zappa special, entitled "They S(h)aved Zappa's Moustache".
The show was made available on cassette, and a condensed version circulates as a 90-minute / 2CDR set.
I'm pretty sure that the cassettes were available from the band. Don't know about the CDR-version, but the version that I have lying around sure looks like it might be the real thing.

The complete 5-hour version got seeded over at Zappateers a while ago.
http://www.zappateers.com/bb/viewtopic.php?t=4817
Geplaatst door UniMuta op 8:27 AM