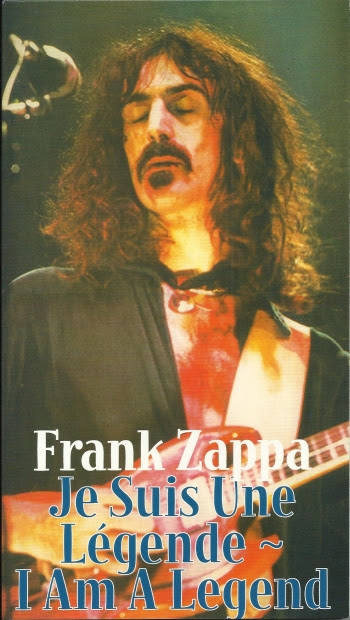 To be honest, I was quite impressed when I saw these Cosmic Top Secret Laboratories albums. They're bootlegs, that's true, but they do look good: longboxes, nice pictures, band & setlist on the back, ...
This CTSL-label is not only publishing Zappa material. I've seen a number of Led Zeppelin titles as well.
So after 3 Zappa titles and a bunch of Led Zeppelin stuff, CTSL came back with a Zappa concert for CTSL - 012 : "Je suis une légende - I am a legend", offering the 1979/03/17 concert in Brest, France.