Here are the two final releases to complete the Lazuli discography over at the United Mutations Archives: 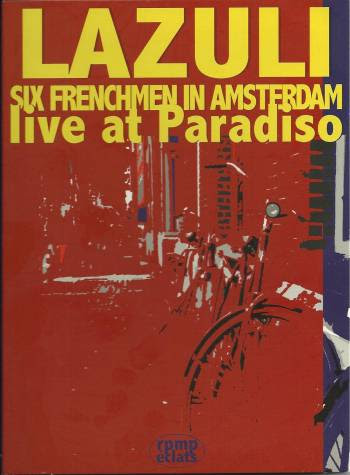 "Six Frenchmen In Amsterdam" presents the band's December 10, 2008, concert at 'Paradiso'. This concert was recorded and was to be broadcast by Fab Channel, but between the recording and the broadcast, the web TV Fab Channel ceased to exist.
Lucky for us, Lazuli decided not to waist this terrific recording.
Six Frenchmen in the Dutch rocktemple in Amsterdam, NL. I could settle with less.
Great gig. Great recording. 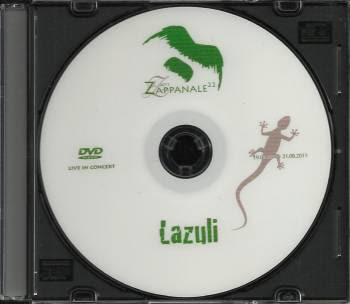 Last August, Lazuli was one of the top acts at Zappanale. A video recording of this concert was made available at the festival in a (very) limited edition of 20 copies.
I was there & I loved it.
An audience audio recording of the Lazuli Zappanale gig can be found at the Zappateers website.