JOHN TABACCO & NIGEY LENNON - THE MISEDUCATION OF WILLIE THE HILL 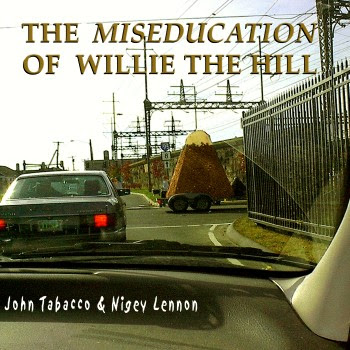 "This miniature rock musical was inspired by Frank Zappa’s original work,"Billy The Mountain". It follows Billy's (Willie) exploits after 1972.
The premise of this musical was concocted by Eric Weaver and Nigey Lennon.

The actual music was written to be performed by the Ed Palermo Big Band. That never happened, although Ed told us personally he thought the whole enchilada was great."

An excellent tribute to Frank Zappa's 'Billy The Mountain' by John Tabacco and the late Nigey Lennon.
Featuring Candy Zappa, Ed Palermo (and a part of his Big Band) and Ike Willis.
Check it out.