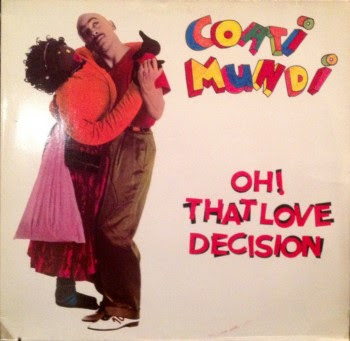 In 1983, Coati Mundi (of Kid Creole and the Coconuts) released his first solo album, "The  Former 12 Year Old Genius". The last track on the second side was a mambo version of Don Van Vlliet's 'Tropical Hot Dog Night'.

The same year, Virgin released a couple of singles from that album, one of which was "Oh! That Love Decision". The b-side of the 12"-version had an extended version of 'Tropical Hot Dog Night'.

Data has been added to the United Mutations Archives.
Here's the album version :