Shame on me !
The Phish 1994 Halloween concert (of which the second set was the Beatles tribute) has been officially released by the band as "Live Phish Volume 13".

I mentioned the "Unsurpassed White Album" bootleg yesterday.
Didn't know that it was released by the band as well.
"Excellent news that is, dear Padewan." 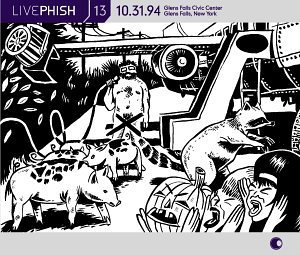 Email ThisBlogThis!Share to TwitterShare to FacebookShare to Pinterest
Labels: phish