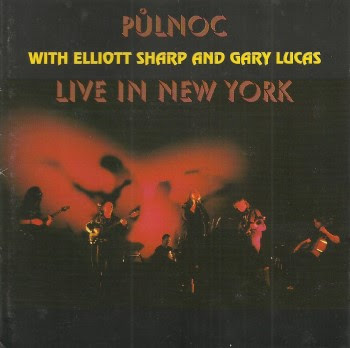 Milan Hlavsa was part of Czech cult band Plastic People Of The Universe.
Later, Milan started his Pulnoc project. April 25, 1989, Milan took Pulnoc to New York City where they performed with special guests Eliott Sharp and Gary Lucas.
The concert got released on CD by the Globus International record label. (That's the same label that released Zappa albums on CD and on vinyl in the Czech Republic in the early ninetees !)

Data has been added to the Gary Lucas discography over at the United Mutations Archives.