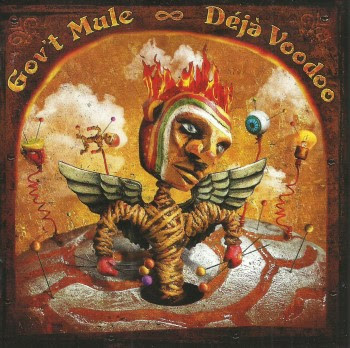 In 2005, "Déjà Voodoo" announced the new line-up of Gov't Mule. Warren Haynes and Matt Abts were joined by Danny Louis (keyboards) and Any Hess (bass) on a permanent basis.

"Déjà Voodoo" has seen a couple of different editions. The one that I have is a 2CD set with a 5-track bonus album "Live In Chicago". Beautiful.
And there's also a version that comes with a bonus EP called "Mo' Voodoo"...

Anyway, a soulful album by southern rock jam band Gov't Mule.
Give it a listen.