THE HEADSHAKERS - WE JAZZ WE ROCK WE FUNK 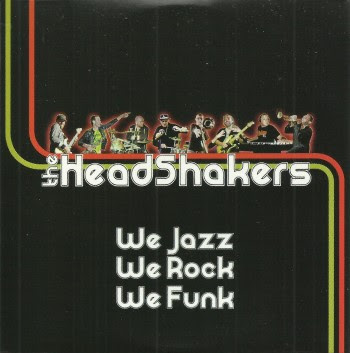 Now here's a nice surprise !!
The Headshakers released their first album in 2015. Before this album, however, the band already released two EP's.

The first one, from 2010, and in the meantime only available as a digital download, can be found here:

The second one, "We Jazz We Rock We Funk" can also be found on Bandcamp but it's also still available on compact disc.
Three funky tracks, AND a hidden track : a superb version of Frank Zappa's 'I'm The Slime'. In French. Love it.
An excellent addition to The Others Of Invention.