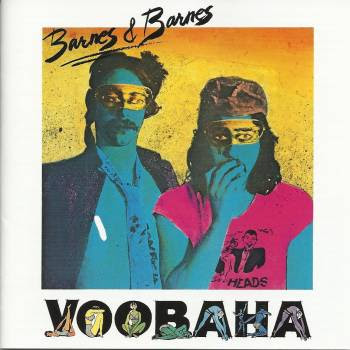 Barnes & Barnes are known as Bill Mumy and Robert Haimer in real life. They released their first album, "Voobaha", in 1980. On Rhino Records. The same label that featured Wild Man Fischer and The Grandmothers.
"Voobaha" was put on CD in 1996 by Oglio Records, so that even people who only like CDs can enjoy 'Party In My Pants', or 'Fish Heads'.