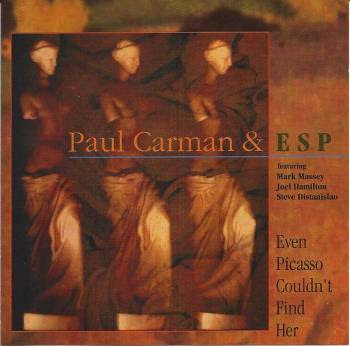 Paul Carman was part of Frank Zappa's 'best band you never heard in your life', playing the saxophone in the famous 1988 band.
After recording and touring with Zappa, Paul Carman released two solo albums. The first, "Passion", in 1993, and the second, "Even Picasso Couldn't Find Her", in 2000.