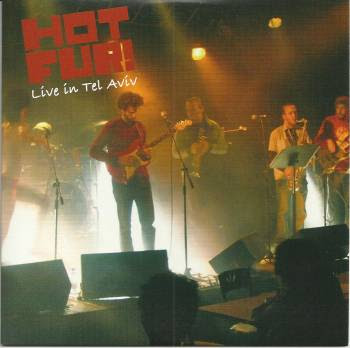 Hot Fur! played two concerts at the 2011 edition of the Zappanale festival.
The first gig took place at the Kamptheater in the village of Bad Doberan. The second one was scheduled on the main stage at the festival grounds, but got postponed to a later day and to the truckstage due to bad weather conditions.

I didn't catch the band's first concert as I was meeting way too many friends, but I had first row seats at the (standing only) truckstage concert a couple of days later. It was a very impressive gig. The band played a lot of material from their "Live In Tel Aviv" album, plus a fine 'Whippin' Post' with special guest & former Zappa vocalist Robert Martin.

Listening to the "Live In Tel Aviv" album shows why this band was a perfect match for Zappanale. Frontman and bandleader Lior Frenkel plays some fine lead guitar and the compositions do carry a zappa-esque signature.

Check out Luuk's recording of the band's second Zappanale concert: